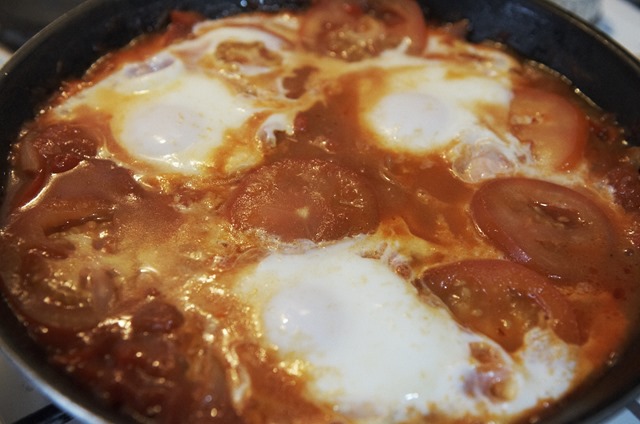 The first time I had Huevos Rancheros was about 5 years ago in Los Angeles, which is not exactly the place where the dish originated, but not too far away, and I fell in love with them! (I know a bit over dramatic there!). The straight forward combination of tomatoes, eggs, cheese, chilli and garlic make it the perfect dish to help cure a hangover! Equally, since it can be served straight from the pan its a great dish to share as a lazy weekend brunch.

My go to recipe for this is from Jamie’s America, even though its easy to make and I’ve made it loads of times I still need to refer to it for quantities!  This recipe serves 6 people and is easily adapted for less or more. 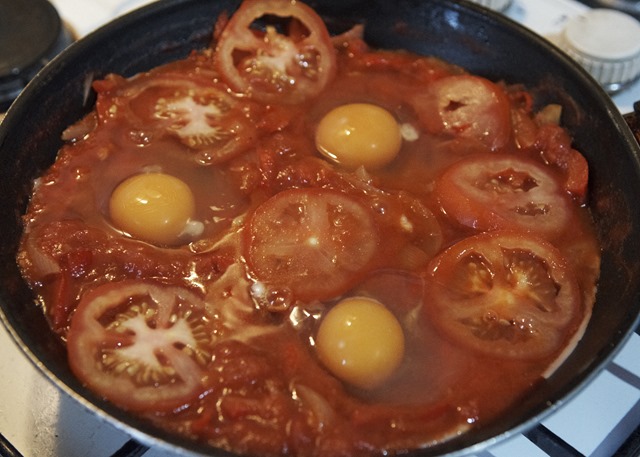 To construct, Jamie suggests putting the cheese on the tortilla first, followed by an egg and then the sauce.  Wrap it up like a burrito and get stuck in!   I think this could also be served using crusty bread instead of the tortilla, which could be dipped into the sauce! Either way – it tastes great!