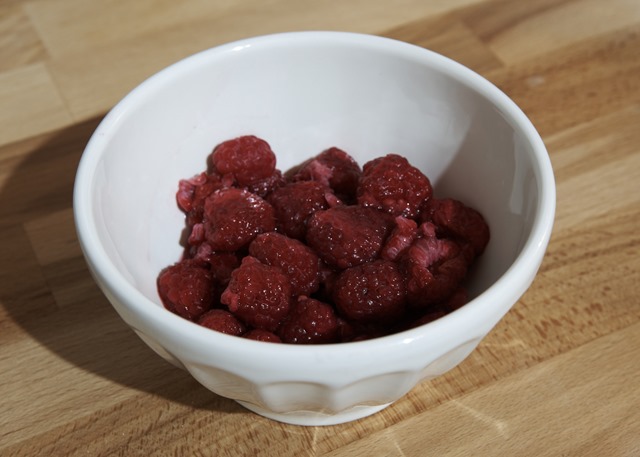 No Burns Feast can be complete without Cranachan.  I made this using some raspberries I picked during the summer (and froze!) from Stuart’s Dad’s garden near Stirling, so these are truly Scottish Raspberries!  Cranachan requires whisky so a choice needs to be made about which one to use.  As with the Whisky Sauce, this is entirely personal preference, but you may want to look towards something matured in a bourbon cask which has sweet vanilla flavours and would complement the cream and raspberries perfectly, I chose the Deanston 2013 Festival Edition.

Then sit back and enjoy a wee dram!