Our fridge was a little bare this evening, with little to inspire on first glance.  But with a closer look I spotted more eggs than two people would ever need and 3 little tiny new potatoes. Suddenly I was inspired  – a Spanish Tortilla especially since there was also an aging Chorizo buried at the back of the fridge.  Its so easy to make and I served it with one thing we weren’t short of – Lettuce, courtesy of my father-in-law’s garden, the bottom bit of the fridge is a sea of green because there is so much! 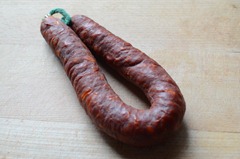 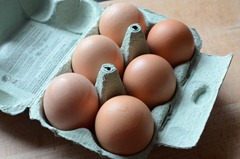 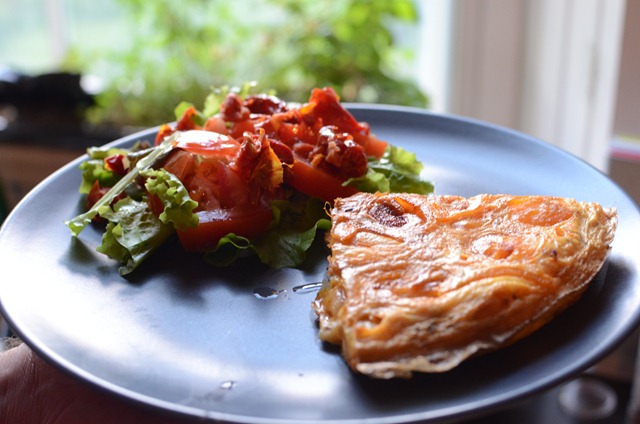