Continuing my Easter Baking I just had to make Hot Cross Buns, the Easter holiday is not complete without them!  I decided this time to use a Paul Hollywood recipe, having made a bread recipe of his a while back and it turned out really well, so I was confident these too would be pretty good.  The recipe says it makes 15, but I got 17 out of it, you can also adjust the amount of fruit and spices to your liking.  The addition of apple is a nice touch, and gives a lovely fresh fruity flavour to the dough.

For the cross
75g Plain Flour, plus extra for dusting

For the glaze
3 tbsp. Apricot Jam

And enjoy toasted and slathered in butter with a nice cup of tea! 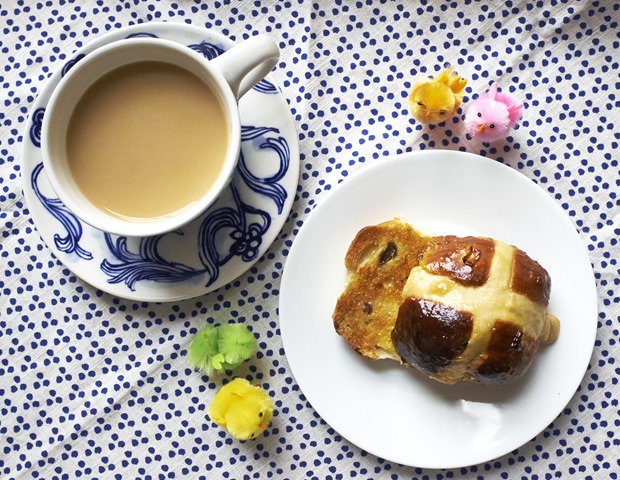