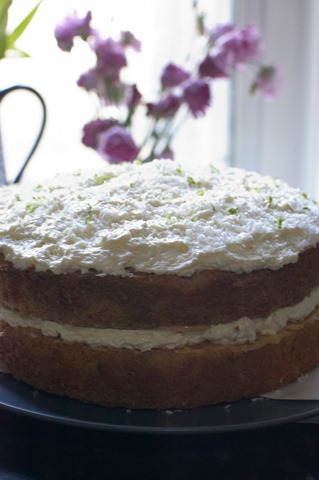 For my cake pledge for the Its Good To Eat Cake event, I couldn’t decide what to make. I wanted to make something different, but not too difficult, so I turned to Dan Leopard’s Short & Sweet and this is where I found this tasty recipe for a Coconut Milk Layer Cake (think Pina Colada in cake form!)

Now, I did make a few slight changes to the recipe.  Firstly, I boozed it up a little.  I just found (on my trial run!) that the small amount of rum he adds doesn’t make any difference to the flavour of the cake, so I added more!  In this recipe Dan just fills it and covers it in a Meringue Butter cream frosting.  Whilst smooth, silky and tasty, I found it a bit rich, so I added some lime curd and the frosting in the middle and just topped with a layer of frosting and a sprinkling of coconut and lime zest!

I used Dan’s recipe for Lime Curd which is also in the book, it was quick and easy to make! 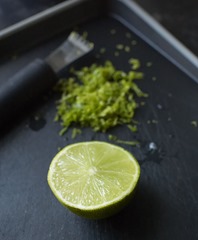 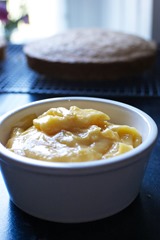 The curd should be stored in the fridge. The left over egg whites here can be used to make Meringue Butter Cream Frosting if you want to use this, or you could just make a meringue!

I managed to transport the cake to the venue in one piece (thankfully Stuart gave me a lift I don’t think it would have survived public transport!), and I even managed to get it onto a cake stand without dropping it! 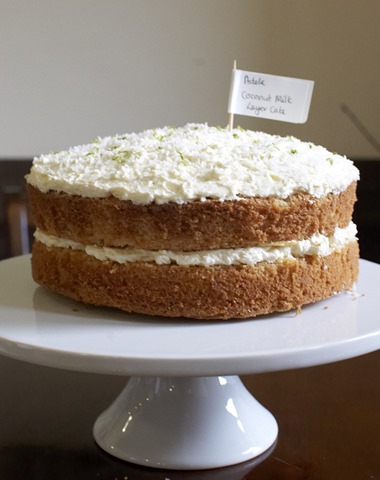