I’ve been spending more time in London recently with work, which gives a great opportunity to knock off a few items from my restaurant bucket list.

Kricket in Soho is a modern Indian and my friend and I paid a midweek visit before going to see a film nearby at the Picturehouse Central (which I can also recommend!).  We were given seats at the bar, where we could watch our food being made in the open kitchen. 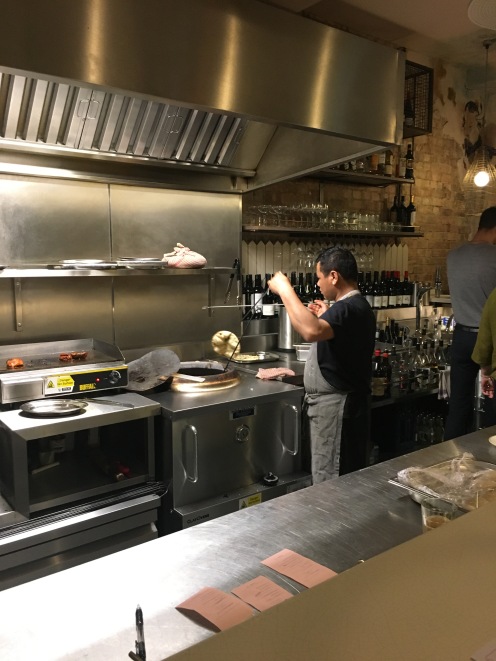 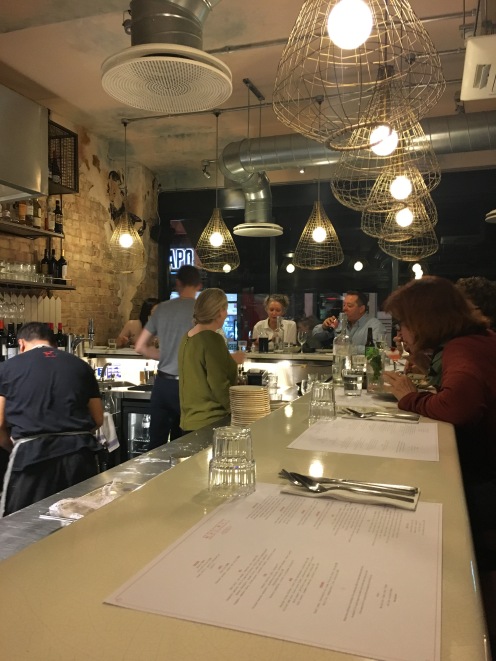 The menu has a great selection of Indian dishes to choose from, in some cases using unusual ingredients, such as the Samphire Tempura, which is to die for! Sitting at the bar watching them cook doesn’t help in choosing what to eat and we chose plates to share between us so we could try as much as possible.

Dishes are served as they are ready, so you get a steady stream of fresh, hot dishes. Of course we had to wash down our meal with a delicious cocktail or two; the Old Narangi being particularly nice.

So, what did we end up having?  We shared a large bowl of the Samphire Tempura (did I mention how good it was?!) along with a Masala and a Green chilli and Garlic Kulchas, which are like Naan bread and very tasty.  The other dishes were beautiful Tandoori Monkfish, Keralan Chicken which came with the most delicious sauce, tender and perfectly cooked Beef Neck (which I’ve never before!) and finally a fabulously smoky Aubergine dip. 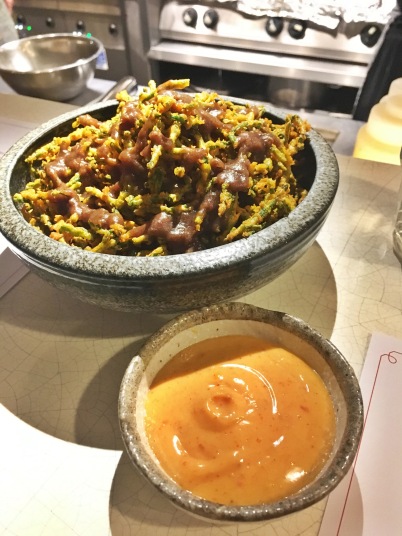 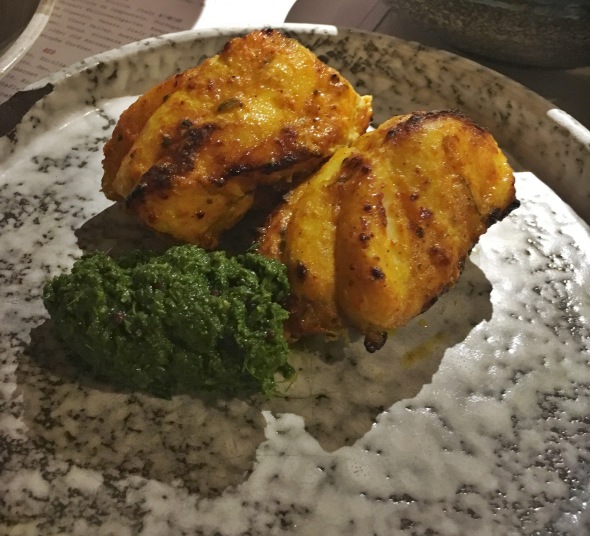 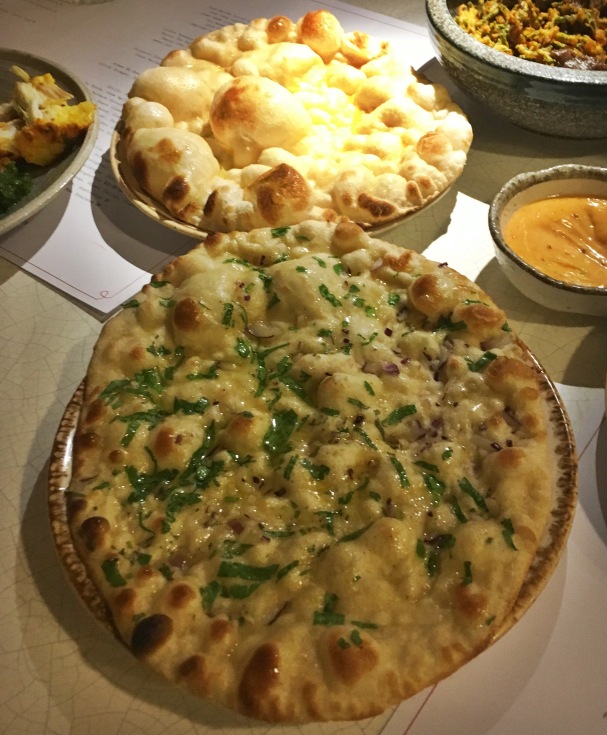 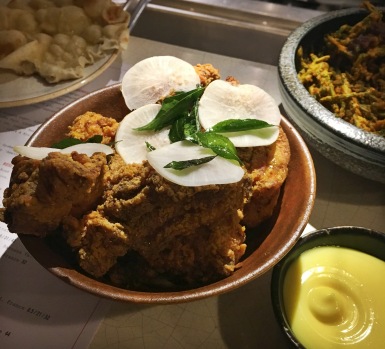 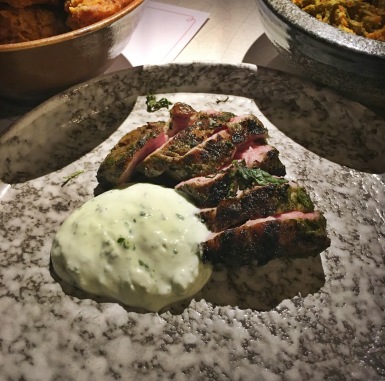 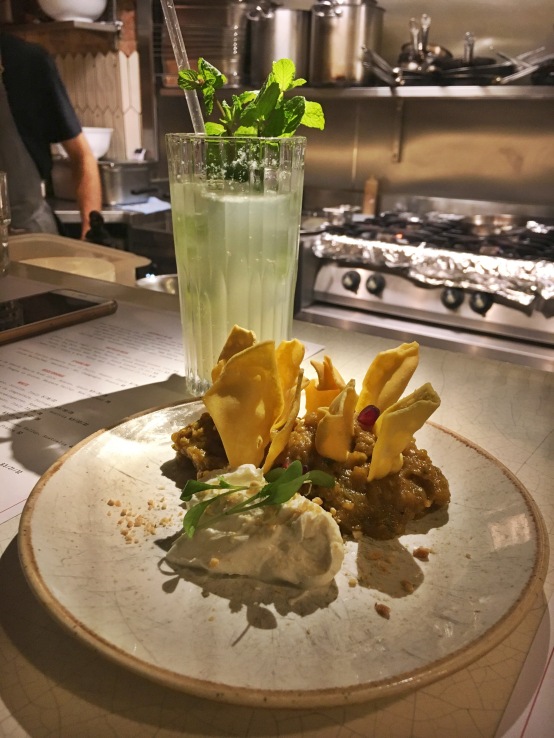 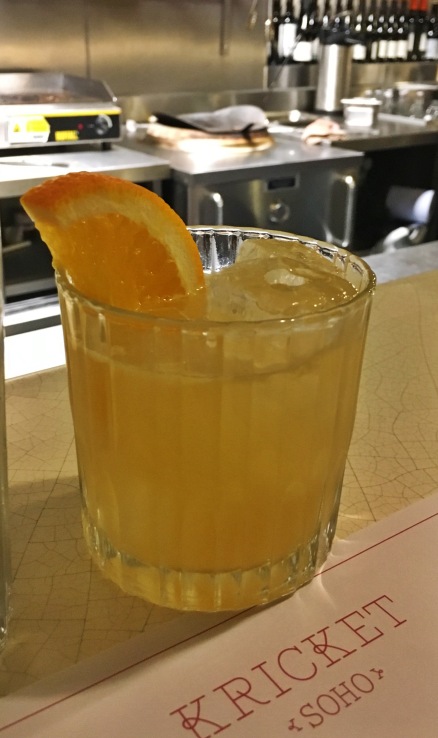 We had so much food that there wasn’t room for dessert; this will definitely be remedied when we return!

You cannot reserve a table at Kricket, but they do operate a virtual queuing system, so there is no waiting in the rain for a table.  Service is quick and efficient so perfect for the pre-theatre/cinema bite to eat.  It’s definitely worth a visit.